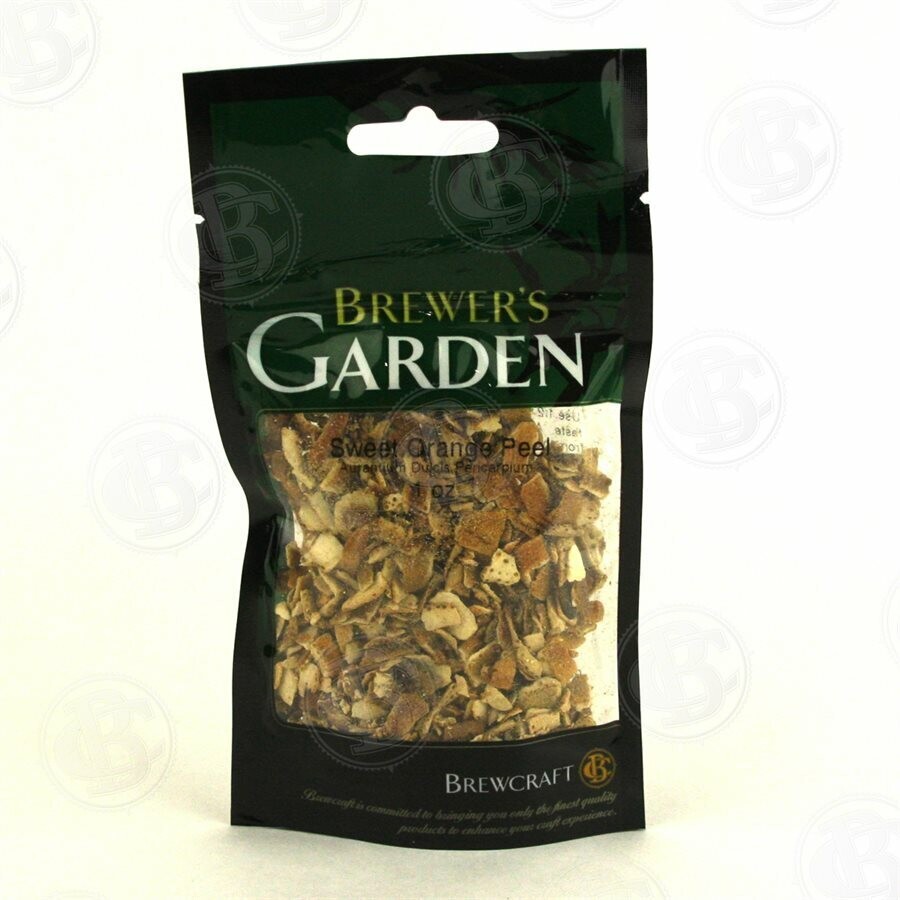 Orange peel is added to any beverage for flavor and its aromatic qualities, generally in the last few minutes of a beer wort boiling and should be strained out before bottling. Some brewers add coriander and some other flavoring to the primary fermentation vessel to get a stronger flavor.

When brewing with malt extracts, the orange peel and other spices can be added to a muslin bag for easily removal before the wort is put into the primary fermenter.

Orange peel often used in combination with coriander and cardamom in Belgium Witbier, or white beers.

Save this product for later
Display prices in: USD